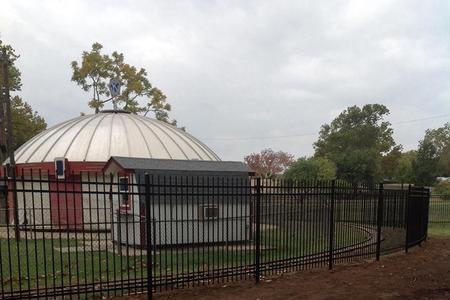 BEFORE PICTURES of Kiddleland Park and old chain-link fencing and overgrown shrubs. 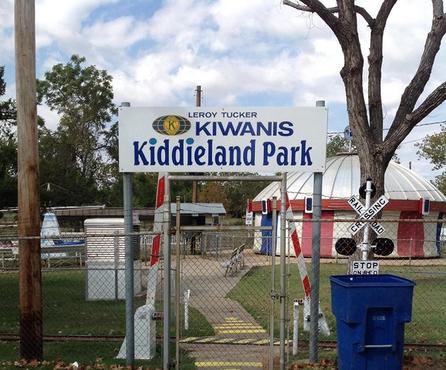 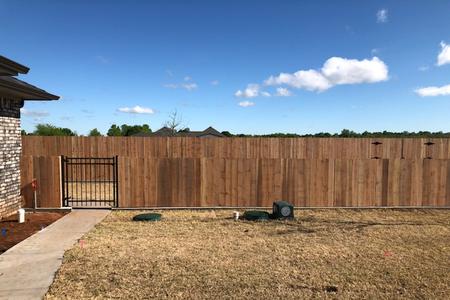 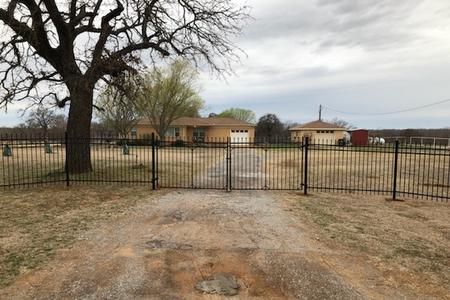 Ricky Mayes, and daughter, Jenny Towell, stand in front of the new gate of the fence they constructed for Kiddieland.

This was a mix of 4' Ameristar ornamental and 6' Cedar we built for a family in Marlow. It accents this pool beautifully! 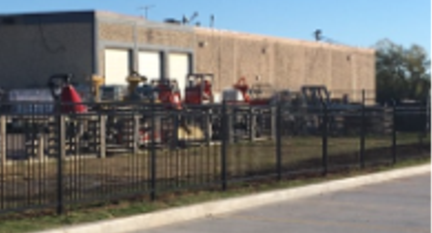 Ameristar ornamental fencing replaced rotted wood slats in this home's entry courtyard. Opened it up and it looks gorgeous! Located on Linnwood Court in Duncan. 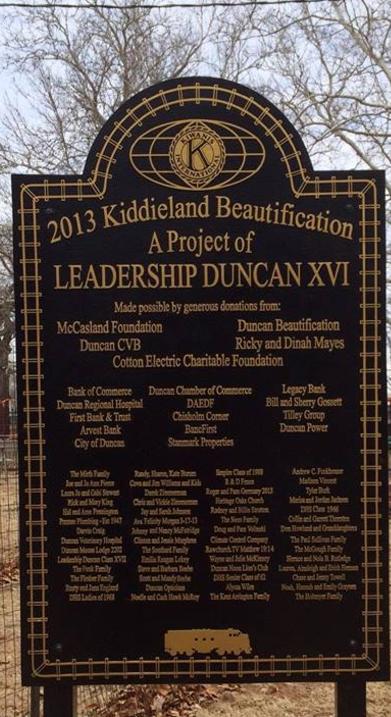 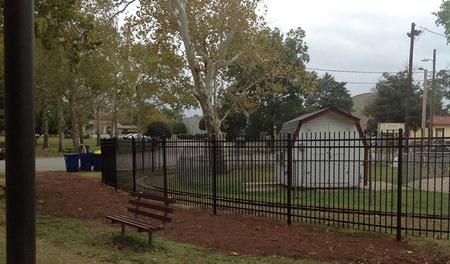 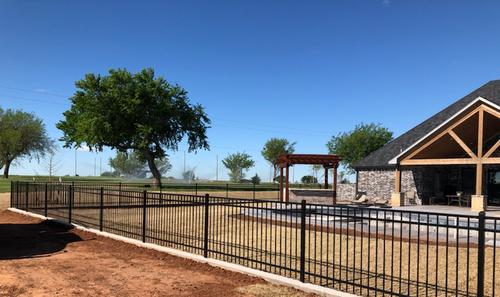 Ornamental iron fences make beautiful applications in parks, playgrounds, daycares, and other public areas.  However, they can be used around pools, or lawns where you may not require the privacy a wood or metal fence provides.

Many style options are available, and we can provide you pictures of those options if you are interested in an ornamental iron fence.

SCROLL DOWN TO SEE PICTURES OF OUR ORNAMENTAL FENCES 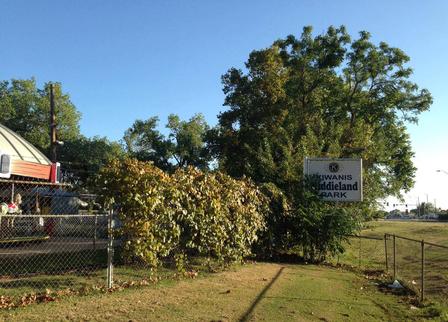 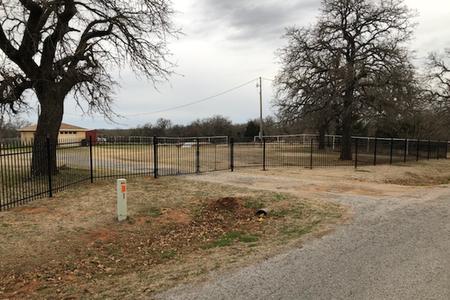 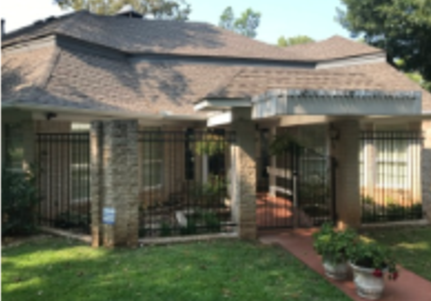 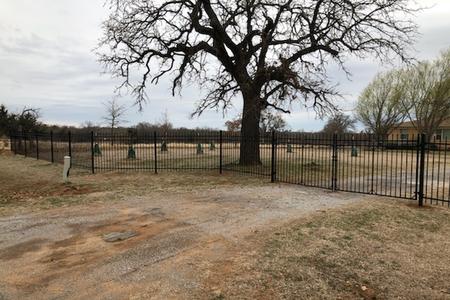 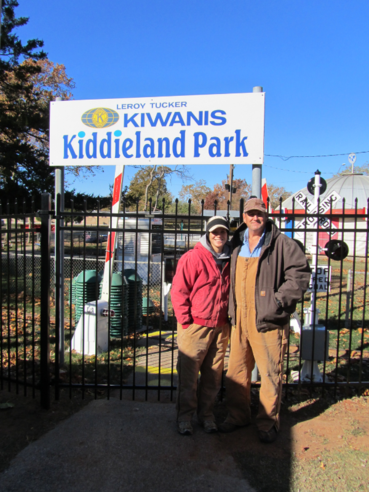 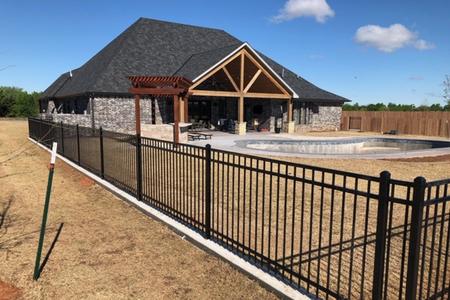 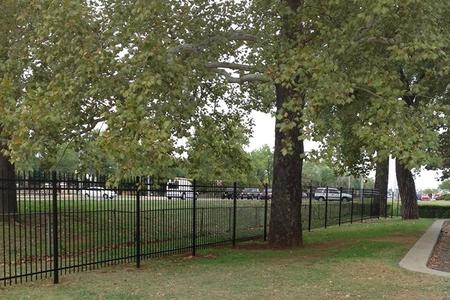 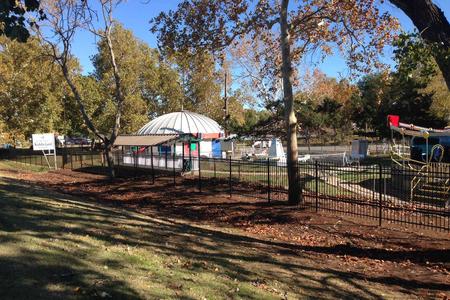 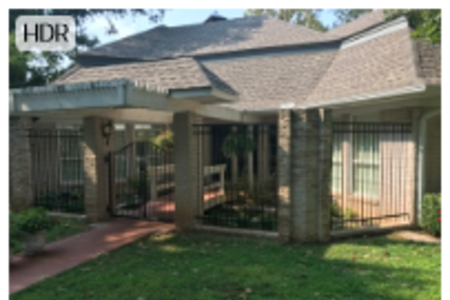